Also on Saturday 12th & Sunday 13th August we had two of our Junior bowlers competiting at the National Championships  at Leamington Spa. They were both competiting in the U18 Sutton Winson Trophie & Plate Competitions. 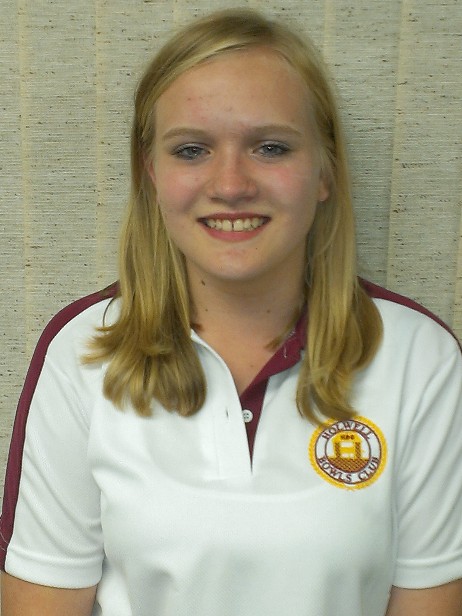 Rebecca Turner
Becca played her first game in the second session starting at 14:00. Her opponent was Robyn Hall from Bedfordshire. Unfortunatly Rebecca lost the game but our congratulations must go to Becca as she is the first woman from Holwell to reach this stage and represent her county at the National Finals at Leamington.

Victoria Turner
Vickie was drawn in her first round game to play against Leah Bamford (Kent). Leah was too strong for Vickie with the score finishing 3-0. Victoria went into the plate competition where she was partnered with Mitchell Allen (Leicestershire). They were drawn out to play against Chloe Seers (Somerset) & Kieran Chambers (Leicestershire) with Chloe & Kieran going on to win by 1 1/2 - 1/2. 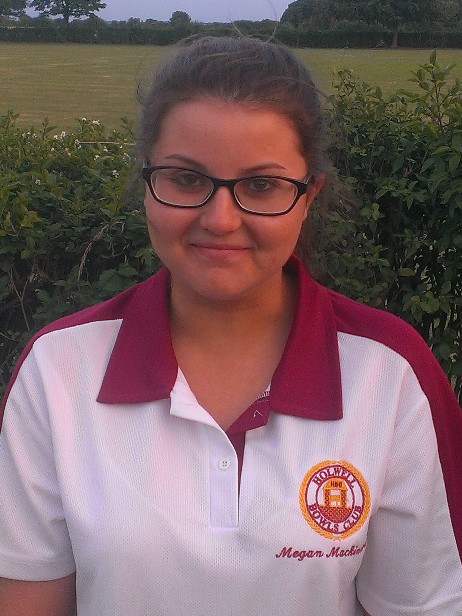 Megan MacKinnon
Megan went out in the first round of the main Sutton Winson Trophy to Georgina Cooper (Warwickshire). So into the plate she went where she was partnered with Orren Bennett (Oxfordshire). Their first opponents were Neil Macdonald (Yorkshire) & James Dilks (Yorkshire) with Megan & Orren winning by 1 1/2 - 1/2. This put them into the last 16 where they played Amy Farthing (Kent) & Isaac Jenning (Kent) these were duly dispatched with a score of 2-1. Into the Semi-Final they went where their opponents were Aaran Worgan (Cornwall) & Callum Philmore (Sussex). These were also sent packing with a score of 2-0 so into the Plate final they went. Their opposition in the final were Anna Hall (Kent) & Kieran Rollings (Northamptonshire). Hall & Rollings took the first set 9-3, however MacKinnon & Bennett fought back well to take the second 9-0 taking it to an extra end, but unfortunatly Rollings drew shot to take the victory.

Congratulations must go out to all our juniors that took part in the National Championships this year.
But especially to Megan MacKinnon for going all the way to the plate final in her first year playing outdoors.